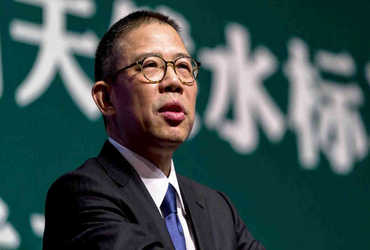 Mukesh Ambani’s title of Reliance as Asia’s richest man was taken away on the last day of the year. The title was taken away from Zong Shanshan, popularly known as China’s Bottle Water King.

Zhong Shanshan now became the richest man in Asia. Zong, who has tried his hand in journalism, mushroom cultivation and health care, overtook Mukesh Ambani and Jack Ma. Zong’s total wealth increased from 70.8 billion to 77 77 billion this year. According to the Bloomberg Millionaires Index, Zhong’s wealth increase in the year 2020 made him the 11th richest person on earth.

Beijing Weitai Biological Pharmacy Enterprise, a Beijing-based vaccine company, was listed on the stock exchange in April this year. A month later, Zhong listed his water bottle company, Nongfu Spring Company, on the Hong Kong Stock Exchange. This is going to be a big hit IPO. The water bottle company had a premium listing of 155 percent per share. Zong’s pharma company was announced to develop the Corona vaccine, which was believed to have a higher share price. Jack Mani, the owner of technology company Alibaba in China, saw his fortune at 2 .2.2 billion. Jack Manny’s net earnings in October were ₹ 61.7 billion.

Zhong of Zhongzhou, Zhejiang Province, China, started his career as a laborer in a company. He then became a press reporter. He then participated in the drinking water business. Until now, the names of the world’s richest people were mostly involved in technology. This is the first time the owner of a water bottle company has been ranked in the list of richest people. Zhongfu’s Nongfu Company is currently the number one company in the bottled water market in China. The company had invested JV 1.1 billion in an IPO.