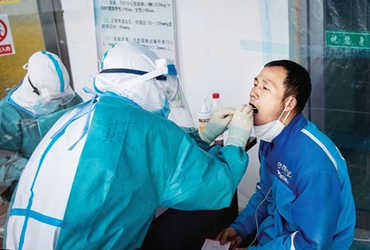 India, along with other countries of the world, is battling a second wave of corona. Due to dwindling medical facilities and the helplessness of governments, the situation is common in China, which spreads the corona virus worldwide. China’s economy is also growing rapidly and there are fewer coronary cases. is coming. Many people are also surprised by this.

However, according to Chinese experts, there are four main reasons behind China’s control over the corona.

Since the Communist Party of China took control in April last year, there has been no attempt to control Corona at various levels. In China, people working in various occupations such as cold chain supplies, shops, medical services are regularly tested. Masks are mandatory. publically. Stringent quarantine rules are applied to those coming from outside.

An attempt is made to limit the number of corona cases in China to the same area as soon as possible. After the lockdown was lifted from Wuhan in China, China imposed limited lockdowns and conducted large-scale corona trials wherever corona cases occurred. The corona infection has disappeared, so that the circulation of the corona does not increase.

Local authorities have been held accountable for having a Communist government in China. Officers who were initially negligent in Corona were removed from the post and punished according to the rules, such as the secretary of the local committee who was fired last month. Ruili region of China.

The people of China are more disciplined and active in following government guidelines. Two months ago, February was China’s largest spring festival. Chinese government to break the chain of corona infection.