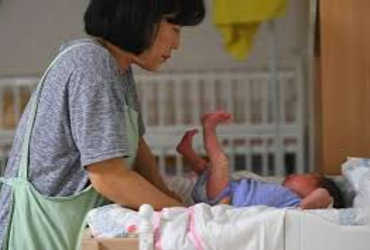 Large-scale population outbursts have become a problem in Asian countries but populations have declined in South Korea. Considered the world’s 12th strongest capitalist economy, South Koreans have the longest life expectancy in the world, as well as the lowest birth rate. The figures were recently released by the Ministry of Home Affairs, which showed a population of 2.16 crore, 206 less than the previous year. The birth rate in South Korea has been decreasing for the last few years but for the first time the population is declining which is worrying. Although South Korea is developed and prosperous, there are areas where health, education and employment problems exist.

Population in these areas is declining. With the decline in population, social media experts are pushing for radical changes in government policies. Some government policies are discouraging people from marrying and bearing children. Nine married couples are running away from family planning due to the high cost of child marriage and house rent. Stagnant life is becoming difficult because young people do not get good paid jobs. Women in South Korea are associated with men as well as jobs and occupations.

It is difficult for these women to bear the burden of homework and childcare with their careers. The government has so far spent up to 16 billion to raise the birth rate, but to no avail. According to one estimate, if the birth rate remained the same in South Korea, the population would shrink to 25 million by 203, while the average person would be eight years old. As a capitalist country, income inequality and lack of equal employment opportunities make it difficult to support a family.