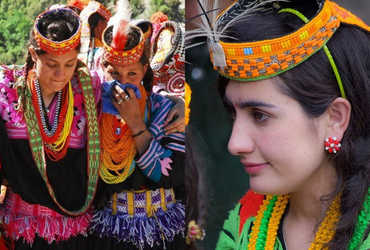 The identity of every man is hidden with his name, but the people of Kalashaweli in Chitral area of ​​Pakistan have names like mobile, computer, radio, newspaper, CD, DVD. Surprisingly, these are not childhood surnames, but permanent names. This is why Chitravali is considered one of the strangest names in the world in Islam-loving Pakistan. Not only this, there is no difference between the names of men and women.

In Pakistan, an ethnic group with a population of 2,000, known as Kalshi, has nicknamed itself after household goods and electronic items. Names like bucket, cooker, glass, spoon, bowl etc. are also found in abundance in this area. People with names like Chamchi bowl are found especially among the elderly, while mobile.com computer names are found among the youth. The people of this region of Pakistan are named only on the basis of the physical goods they consume. However, the names of two children living in the same area are not kept the same.

The name Spoon is innate among the people of Kalash region. When children are sent to school, these names create humor when attendance is adequate. The student’s name is mobile and father’s name is also telephone. Why give such names In Pakistan, a student named Zaid Ali studied the culture of the people of the Kalash region in 2014. Living on the Hindu Kush Mountains in Pakistan, the group follows such names as part of their quest to maintain their identity. According to one source, Kalash people with fair skin and huge body belong to Alexander the Great. So some people also consider him as Indo Aryan. Embroidered attire and men wear robes and pajamas. New generation of children have started studying in small numbers. When the Taliban took over the area, they used mobile phones, telephones and computers to shout in the name of humor.