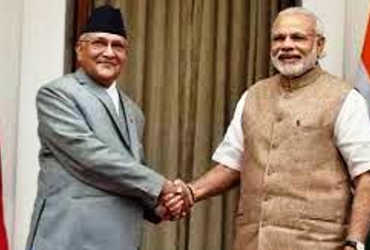 Nepal had conveyed to China that Prime Minister KP Sharma Oli was angered by China’s increasing interference in Nepal’s internal affairs. “We don’t like the interference of others,” Ollie said. We are free and we make our own decisions.

Experts in international politics believe that Nepal asked China to stop bothering about our internal affairs. “We are an independent nation and we make our own decisions,” Ollie said. Oli praised the Indian leadership and showed his friendship towards India. “Our relationship with India is close,” Oli told an Indian TV channel. Our relationship is closer than ever.

According to a report by the Nepali daily Kathmandu Post, Oli, who is in political trouble, killed two birds with one stone. The first message was for the people of Nepal that our (Oli’s) mind has nothing but Nepal’s interest. He gave the second message to the Indian leadership. A leader associated with the Oli faction of the ruling Communist Party of Nepal (Nepal) said that Ali’s remarks were made after careful calculation to restore relations with India.

Political critics believe that Oli has announced elections in Nepal, so he needs India now. Former Nepal Ambassador to India Lokraj Burley said that the statement also gave the message that both India and Nepal need unity. The two cannot walk without each other. Lokraj Baral is believed to be very close to Oli.

A group of political critics believe Oli has to forge closer ties with India. After China’s attempts to infiltrate Nepal, Nepal had suffered a setback and was suspicious of China’s intentions, so it again extended a helping hand to India’s friendship.