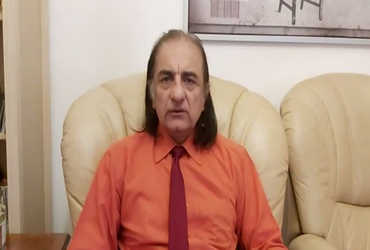 China has built a 3-km stretch of Pakistan-occupied Kashmir (PoK) for easy transport of its artillery and troops. Since the long road construction started, there is resentment and violence erupted among the locals. Local people protested in the street and set fire to a checkpoint with stones thrown at the police.

For its artillery and easy withdrawal of troops in Pakistan-occupied Kashmir (PoK), China has extended 3 km from Yarkand to PoK. Long way to go. Local civil rights activist Amjad Ayub Mirza said in an interview to the media that in view of the current situation, PoK has slipped from the hands of Pakistan.

People are very angry with the road being built by the People’s Liberation Army (PLA) of China. People have been on strike since January 15 against China’s action. Mass protests were part of the strike here on Friday. For the second time in a month, people are protesting the road being built by China. This time the protests became more widespread and violent and the police were getting out of control.

“There is an atmosphere of anarchy in PoK after the coming of Imran government,” Mirza said. The people of the area are upset over the food shortage. There is neither electricity nor clean drinking water. The city is awash with piles of dirt. The entire system is broken. The Government of Pakistan has declared PoK as the fifth province of the country. People of this government are also opposing this move and protests are being held against it every day.

According to Mirza, protests in Gilgit-Baltistan, the PIOC are intensifying every day, but the Pakistani media does not publish any news in this regard. Also, international media is not allowed to enter the field. Mirza said that the PoK elected government is sitting in Islamabad, while the people of the region are waging a crusade against Chinese intruders.