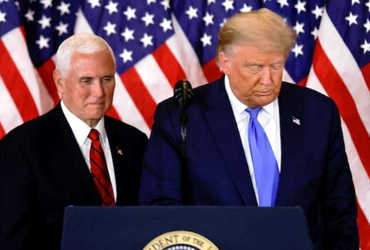 – Disagreements in the party over the removal of Trump

Vice President Mike Pence does not agree with the impeachment of outgoing President Donald Trump with the 25th Amendment to the US Constitution. He informed Parliament Speaker Nancy Pelosi that he did not intend to remove Trump.

Realizing he was losing the presidential election, Trump stirred up his supporters with a speech, “Let’s go.” Parliament runs. Thousands of his supporters stormed Capitol Hill and committed vandalism. Some lawmakers then called for Trump’s removal under the 25th Amendment of the US Constitution. Trump’s tenure was just seven days.

Vice President Mike Pence disagrees with the idea of ​​removing Trump. Trump’s term ends on January 20 when Democrat candidate Joe Biden will be sworn in as president. Mike Pence told Speaker Nancy Pelosi that he did not want to resort to the 25th Amendment to remove Trump. He said that the time had come to hand over power to Joe Biden. We cannot delay the transition process by removing Trump at such times. He says that impeachment against Trump now raises the possibility of a split in the country. We can not do this. It is possible that people may become more agitated and more violent. Instead, Trump ran out of time.

Mike Pence said it was time to put an end to what happened on Capitol Hill last week. Nothing is going to achieve Trump’s impeachment. It is better to forget this issue.

However, the most interesting thing is that the senators of Trump’s own party want impeachment action against Trump so that if there is any talk of violence by Trump’s supporters in the minds of citizens, it will be forgotten. Citizens feel Trump has been punished for his mistake. So the senators of Trump’s own party were in the mood to punish him.