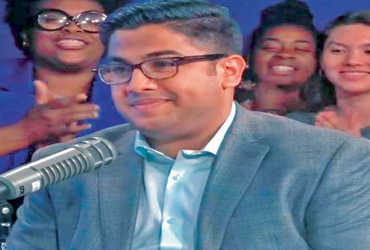 US President-Elect Joe Biden announced the appointment of new members of his staff today and appointed Vedanta Patel of Gujarati descent as Assistant Press Secretary of the White House. Patel is currently the spokesperson for Biden’s reception committee and has been involved in Biden’s campaign ever since.

Born in Gujarat, Vedanta Patel was raised in California and graduated from Uni. Is a graduate from California. He is a wet Indian American as White House press secretary. Prior to Patel, Priya Singh was of the first Indian origin in the White House Press and Communications Branch.