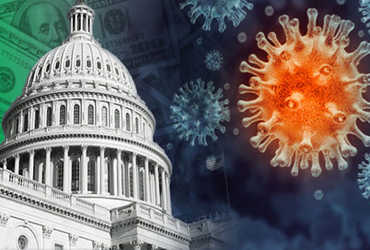 According to the latest corona data released by the Center for System Science and Engineering at Johns Hopkins University, the total number of corona cases in the world is 113,389,166 while the death toll is 25,17,062. The US has suffered the most deaths due to the corona epidemic, with 28,486,118 corona and 5,10,458 deaths.

Meanwhile, the passage of the $ 1.9 trillion pandemic relief bill in the US, meanwhile, is a major victory for President Joe Biden. Bill 219–212 passed in the House on Saturday.

Demo Crato, on the other hand, is insisting on a minimum wage of fifteen dollars an hour, but according to Senate rules, the minimum wage bill cannot be introduced with Corso’s relief bill, which is now gradually in 2025 Will increase to fifteen dollars an hour. . Democrats have only ten votes in Congress and both parties have equal seats in the Senate. The bill tested Biden’s ability to maintain a party majority.

On the other hand, the AstraZeneca Corona vaccine has been approved in Canada. AstraZeneca is the third vaccine approved by Canada after Pfizer and Moder. Prime Minister Justin Trudeau said 6.5 million people in Canada, with a population of 38 million, will now be vaccinated against Corona before the end of March.

The AstraZeneca Corona vaccine is found to be only 62% effective, which is less effective than other vaccines currently in use, but Health Canada’s chief medical adviser, Drs. Supriya Sharma believes that this is a good option, considering that vaccines that are more than 50 percent effective help prevent epidemics.