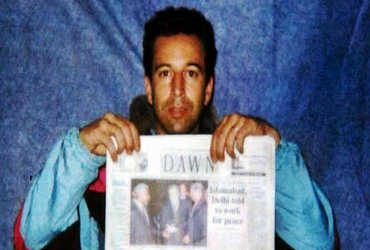 – A Pakistani court acquitted the killers

The United States is urging Pakistan to hand over the killers of journalist Daniel Pearl to us if you cannot punish them. We will fall.

At the behest of the ISI and the Pakistan Army, the Sindh High Court of Pakistan recently ordered the release of Pearl’s killers from prison. Pakistan continues to do so. Mastermind alias Masood Azhar of the Mumbai attack and Rita, the mastermind behind the Mumbai blasts, are still roaming the Pakistan Baroque.

The US has taken a tough step on this issue. Following the tough US stand, there were reports that Imran Khan’s government had stopped the release of the killers. However, there is no way to know if this actually happened. US Attorney General Jeffrey Rose warned Pakistan to hand over the killers to the US if they could not handle the case of Daniel Pearl’s murder. We will handle the matter.

“If Pakistani government officials fail to do justice to Pearl, then hand over Pearl’s killer, Omar Sheikh, to America,” Rose said. We will take legal action against it. By freeing such murderers, you are working to hurt the victims of terrorism.

The US has expressed mistrust of Pakistan’s justice system and its intentions to deliver justice. Omar Sheikh was the main accused in Pearl’s murder.

Last week, a two-judge bench of the Sindh High Court ordered the release of Omar Sheikh, the killer of Daniel Pearl, and three other accomplices at the behest of the ISI and the Pakistan Army. America was surprised by the decision of Sindh High Court.

Daniel Pearl, a reporter for the American newspaper Wall Street, was first kidnapped in 2002 in Karachi to investigate a story. Pearl’s body was found in a part of Karachi. Pakistani police launched an investigation into his murder. Police had said that the killing may have been carried out by terrorists.