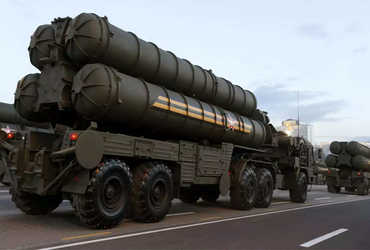 India is buying large arms from the US, while India has signed a deal with Russia for the S-400 missile defense system.

The US has imposed sanctions on Turkey following a similar deal, and indicated that the US may impose a similar ban on India if Russia continues to purchase arms from Russia.

“We want to warn our allies in the future against buying large weapons from Russia,” said Clark Cooper, deputy secretary of state for military affairs.

“Every step taken by India is very important for the United States and that is why I have said it. Because of American law, Russia will have to pay a heavy price. Because Russia is involved in very bad cyber activities. Russia is other than the world. What countries are doing, ”Cooper said. This is not acceptable.

He clarified that under the US sanctions law, no country is prohibited from purchasing spare parts for the maintenance of weapons previously purchased from Russia unless it has a choice. The US should immediately ban the country buying arms from Russia. is not needed. This law can be implemented in any country of the world and there is no time limit.