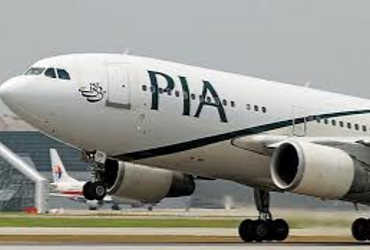 – Some time ago there were reports of fake licenses of pilots

The UNO urged its employees not to board any Pakistani airline for security reasons.

Recently, there were reports that the licenses of some pilots of Pakistan Airlines were fake, meaning that these pilots did not have the proper qualifications to carry international flights.

The United Nations Security Management System (UNSMS) of the UNO has made such a request for its employees. Thus, Pakistan was once again humiliated in the world.

The agency also warned air operators registered in Pakistan in view of the ongoing investigation of a forged pilot license by the Civil Aviation Authority of Pakistan (CAA).

It is worth remembering here that a plane crashed in Karachi, Pakistan last year. A responsible Pakistani minister at the time said that the licenses of many Pakistani pilots were fake. It was also announced in the Parliament of Pakistan that several pilots of Pakistan Airlines were involved in smuggling.

It was also stated that these guidelines of UNSMS are applicable to all airlines in Pakistan. The UNSMS stated that it is in its own interest that no UN personnel use Pakistani airlines for domestic travel to Pakistan.

After a plane crashed in a residential area in Karachi last year, a responsible Pakistani minister himself said that at least 40 percent of Pakistani pilots’ licenses were fake.