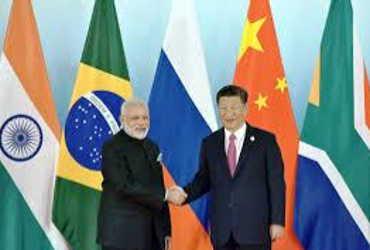 Despite its maneuvers on the Ladakh border, China was conspiring to harass India in another way.

China was conspiring to prevent India from presiding over a subcommittee of the UN Security Council. The leader of Jaish-e-Muhammad, Masood Azhar, was declared an international terrorist and China turned brown.

Despite China’s tireless efforts, India succeeded in declaring Masood as an international terrorist. Since then, China has been continuously trying to suffocate India in the United Nations.

China has launched a campaign to prevent a sub-committee of the United Nations Security Council from taking action against terrorists.

From 1 January, India became a non-permanent member of the UN Security Council. India also received the chairmanship of the Counter Terrorism Committee and the Taliban and Libya Committee. But China tried its best to prevent India from chairing the important al Qaeda sanctions committee.

According to a reliable source, one of the five permanent members of the UN Security Council, China is barring India from chairing the Al Qaeda Sanctions Committee. The formation of the committee was delayed due to Chinese incursions.