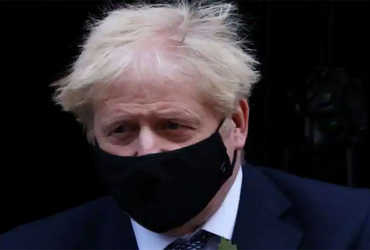 In Hong Kong, 10,000 people were provided for mandatory corona testing

British Prime Minister Boris Jones has said that a new form of corona virus found in the UK in late 2020 could be even more deadly. Jones acknowledged that according to preliminary data, the new version appears to be more lethal, but both vaccines currently being offered in the UK are effective against all Pfizer-Bioentec and Oxford-AstraZeneca variants.

The Prime Minister said that due to this new version, the National Health Service has come under more burden. All current evidences show that both the vaccines currently being given are effective against all forms of old and new. The government’s chief scientific adviser, Patrick Valence, said those who were infected with the new version were at higher risk. People in their sixties have a 30 percent risk of dying from the virus.

On the other hand, in Jordan and Kowloon, Hong Kong, 10,000 people have been forced to stay home until their corona test results are available in fear of a corona epidemic. This is the first time such a step has been taken after the outbreak of the Corona epidemic. According to the government, there are 70 buildings in these areas. The government wants residents of all these buildings to complete the corona test in 48 hours.

So that people can go to work as usual from Monday. Hong Kong leader Kerry Lam said 50 temporary testing centers had been set up to test the corona and 3,000 civil servants were assisting in the work. 3000 corona trials have been conducted in this cordon off area.

Today, more than 1,000 new corona cases were reported in India. US President Joe Biden warned that the death toll in the US would cross six million. He urged Congress to approve its 91.9 trillion package to fight the Corona epidemic to provide relief to the average American.

Biden said he looks forward to working with both sides to get this US rescue plan cleared as soon as possible. However, if Trump’s impeachment motion is approved, approval of the plan could be delayed. Biden said that the time has come to evacuate people’s homes and are missing jobs.