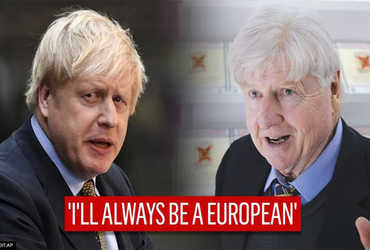 The Brexit trade agreement with the European Union was approved by the British Parliament on Wednesday, followed by PM Boris Johnson and Queen Elizabeth II.

Stanley Johnson, father of PM Boris Johnson, told Johnson that he wanted to regain the French identity, and he had begun the process. Born, his mother was entirely French, his grandfather also French.

The question for me so far is what I am, Stanley told Jones that I will always be European, it’s a decision, you can’t call me British.