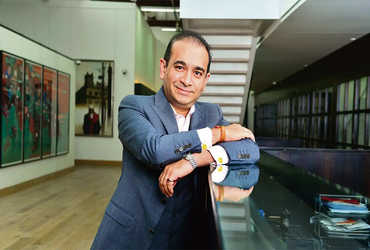 London: Corona’s signing of the extradition order does not mean that Nirav Modi will come directly to India, he still has some legal remedies. These include seeking asylum in the UK, including an appeal to the Supreme Court.

The extradition order of diamond trader Nirav Modi was signed by UK Home Secretary Preeti Patel on Friday, paving the way for bringing the fugitive accused of the DO1 billion scam to India. This is desired in the PNB scheme. The trial court ordered extradition in February.

People familiar with the move said that while Nirav Modi still has a route open, he can challenge the order in the High Court. In February, a Westminster magistrate’s court ruled in favor of the Indian government, paving the way for Nirav Modi’s extradition. The implementation of the order was awaited by the signature of British Home Secretary Preeti Patel. But the signing of the order by the Home Secretary does not mean that Nirav Modi will now come directly to India.

There are still some legal remedies. These include appealing to the Supreme Court and seeking asylum in Britain. The expert cites the example of Kingfisher Airlines chief Vijay Mallya, who is out on bail in the UK. According to sources close to him, he has also sought asylum.

Nirav Modi was wanted in a $ 2 billion scam involving Punjab National Bank of India and was arrested on March 19, 2016. It is housed in London’s Wandsworth Jail. From this prison he listens via a video link. During this time he has been granted bail several times.