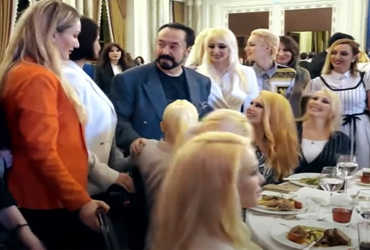 A Turkish court sentenced Adnan Otkar, a religious leader and TV preacher and writer, to 1,075 years in prison.

If Otakar’s 13 other supporters’ sentences are taken into account, the total imprisonment period will be 9,803. Adnan was charged with criminal gang, fraud and sexual abuse. Adnan first ran his own TV channel and also hosted a talk show on religious subjects. He once aired a dance show, in which he was seen dancing.

The police arrested him in 2018. He was prosecuted along with 77 other supporters, whose verdict has now come. In the 1970s Adnan began to form a group of his followers. However, he was later accused of sexual misconduct with women. He was also produced in court earlier. However, he was acquitted at the time.

Adnan Otakar has written more than 300 books and translated them into more than 73 languages.