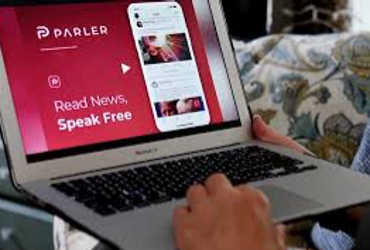 Apple and Amazon have removed the app from their stores after most supporters of outgoing US President Donald Trump moved to the micro-blogging platform ‘Parlor’ by Google. On the other hand, Prime Minister Narendra Modi has become the most followed President in the world after permanently canceling President Trump’s account on Twitter.

Technology giant Apple has removed the US-based microblogging platform Parlor from its Play Store. The company said the risks of violence and illegal activities have no place on its platform. The Apple Corps filed a lawsuit against President Donald Trump after inciting his supporters to attack the US parliament on Wednesday, citing widespread objectionable content on the micro-blogging platform “Parlor”, the Apple Corps said in a statement is. Amazon also removed the Parlor app from its Amazon Web Services store for the same reason. Technology giants Google, Apple and Amazon have taken this step as most of Trump’s supporters are going to the ‘parlor’.

Meanwhile, after the suspension of President Donald Trump’s Twitter account, Indian Prime Minister Narendra Modi has become the most followed President on Twitter. Prime Minister Modi currently has 25 million followers on Twitter, compared to 33 million before President Trump’s account was suspended. On the other hand, Democrats have launched a campaign of impeachment against President Trump after the attack on Parliament. General Assembly Speaker Nancy Pelosi has sent a message to Democrat leaders to participate in impeachment proceedings. On the other hand, the demand for Trump’s removal from the presidency has also gained momentum from his own Republican party. Republican Senator Pat Tommy said Trump’s instigation of supporters to attack Parliament is as serious as impeachment. However, he declined to say if he would vote against Trump if impeachment is filed.