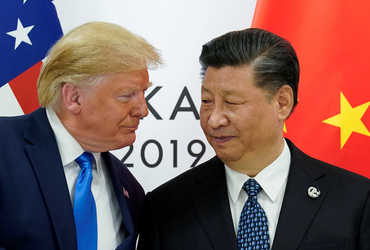 Washington, Ta. 28
Amid opposition from China, Donald Trump signed a bill giving Tibetans the right to elect the Dalai Lama. The US Congress passed The Tibetan Policy and Assistance Act last week. At the same time, China staged a diplomatic protest.
Retired President Trump has given China another blow amid the ongoing tensions between the US-China. Donald Trump has signed into law a law privileging Tibetans. Last week the US Congress passed the Tibetan Policy and Support Act. This law provides Tibetans with the official support of the US government.
Tibetans are independent in law. In particular, China is not in favor of giving Tibetans the freedom to choose the next Dalai Lama, but under the new US law on cooperation with Tibetans, Tibetans have the right to elect the Dalai Lama, and the United States is on a diplomatic basis for Tibetans Supports.
The law also provides for the opening of an American embassy in Lhasa, Tibet. The provision to open the embassy shows that the US does not accept Chinese suzerainty in Tibet.
China protested in this regard. China’s foreign ministry spokesman Wang Wenbin said the United States was interfering in China’s internal affairs. China will raise the issue internationally and fight diplomatic battles. No external power will interfere in China’s internal affairs. If the US maintains this attitude, relations between the two countries will become increasingly tense.
China also reacted after Trump’s signature. A spokesman for the Chinese Foreign Ministry said that the US law had no significance. The US will not pass any law in their parliament, it will not affect Tibet.
Sino-American relations have been the most tense during the Trump administration. Trump slashed export taxes by opposing China’s unilateral exports. This was a major blow to China’s policy of penetrating the US market. Trump has hit China even further.