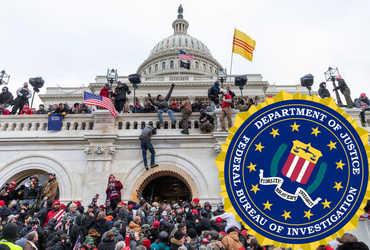 The acts that have been taking place within the US for the past few days are a tick for democracy. Trump and his supporters are being criticized not only in the US but around the world. The talk of a president’s transfer of power has now turned violent. On one hand, preparations are on to oust President Donald Trump. The FBI on the other hand has made a major disclosure. The FBI has claimed that violent incidents were being planned across the country.

The FBI has revealed that Trump supporters are planning armed attacks in all 50 US states. The FBI warned that it had received information that armed protests were being planned in 50 state capitals and in Washington DC.

It is also feared that deadly violence may occur by Trump supporters at the swearing-in ceremony of newly elected President Joe Biden on January 20. Trump supporters and hardliners are talking about protesting on several dates in online posts. The United States is scheduled to hold an armed demonstration in Washington on January 17 and a rally during the presidential swearing-in.

According to US media, the FBI report states that an armed attack may take place in all 50 states of the country between January 16 and 24. Most notably, current President Donald Trump has declared a state of emergency in the national capital, Washington until 24 January. Security agencies around the country, including Washington DC, have been active since the FBI report.

Why does this woman live alone in Monvi, Nebraska?

Know why the garbage cleared from Mount Everest will be shown?