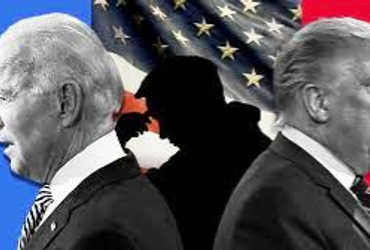 – First announced about this

Outgoing US President Donald Trump has predicted that he will leave Washington DC on January 20 before the swearing in of new US President Joe Biden.

In the last few days, Trump has gained notoriety not only in America, but across the world. Realizing that he was losing the presidential election, he called his supporters to march on Parliament, and thousands arrived in Capitol Hill. At the time, Joe Biden, through Capitol Hill Electoral College, was in the process of being declared the winner.

Trump supporters regularly attacked and vandalized through violent riots. Four people, including a woman, were killed during the attack. After realizing his mistake, Trump appealed to supporters to keep the peace. But by then much damage had been done.

Four former presidents then gave the slogan to Trump and a impeachment motion was filed against Trump despite the vice president’s reluctance to be considered a Trump supporter. Trump was maligned in the country and the world. He tweeted a few days ago that he would not attend Biden’s swearing-in ceremony. He now announced that he would leave Washington, DC before January 20.

According to Trump supporters, Trump’s farewell ceremony will be held at Joint Base Andrews. From there Trump will fly straight to Florida and begin a renaissance in Florida. However, critics of Trump’s activities say that he is so indebted that he may have to sell some of his real estate to pay off his debt.