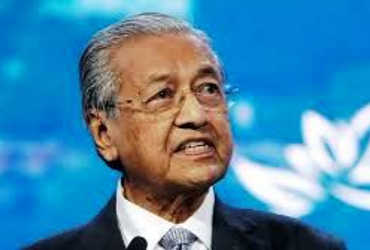 The United States has released a list of the 20 most dangerous terrorists in the world, including former Malaysian Prime Minister Muhammad Mahathir. Apparently, Mahathir was killed when his name came up among habitual terrorists.

The American website ‘The Counter Extremeism Project’ published a list of the twenty most dangerous terrorists in the world. It also wrote that these terrorists are a threat to the security of the whole world. Mahathir is 14th in the list.

Mahathir immediately wrote on Twitter that an American website has added me to its list of 20 habitual terrorists who pose a threat to world security. This website has portrayed me as a critic of Western countries, Jews and LGBT people.

It states that Mahathir was not directly involved in the violence. But his disputed statements drew severe criticism around the world. He is accused of promoting anti-terrorist violence in the West.

Mahathir wrote in his defense that he gave the opinion in response to remarks made by French President Emmanuel Macron about Islam. Macron believes that Islam promotes terrorism. That opinion is completely wrong. Islam strictly forbids the killing of innocent people. Whether Muslims or non-Muslims, murder is considered a homicide in Islam.

If a Muslim kills, he does not do so because of the principles of Islam. Everything I have said about Islam is distorted and written on an American website. I have also written that I advocate terrorism. I stated clearly that there is no sense of revenge or oppression among Muslims. Actually criticize western countries so you are considered terrorist. If you criticize the Jewish people, you are considered anti-Jewish.