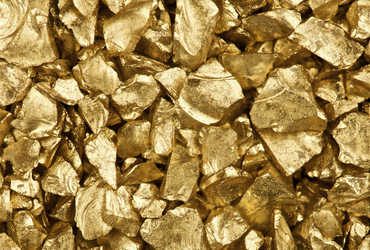 Ankara, Ta. 25
5 tonnes of gold have been recovered from Turkey. This amount is estimated to be over six billion dollars. The amount of gold found in Turkey is more than the GDP of many countries. This gold will be very helpful for Turkey’s economy. The amount will be recovered from this gold mine in about two years.
To Turkey. 6 tonnes of gold worth 6 billion have been found. This amount is due to the efforts of a person named Fahorentin Poraj, president of the Turkish Agricultural Credit Cooperative. A small portion of 5 tons of gold will come out in a year or two.
The Turkish stock exchange jumped 10 percent when it was discovered that such a large amount of gold was found in Turkey. This amount of gold will be very useful in giving a boost to Turkish economy. The gold content is found in Sogut, mid-west of Turkey.
The value of this quantity of gold is more than the GDP of many countries. For example, Maldives has a GDP of 4.5 billion. Many countries such as Barbados, Guyana, Montenegro and Lesotho have GDP of less than ₹ 6 billion.
It is noteworthy that Turkey has produced a record of producing the most gold in a year by producing 4 tonnes of gold in 2020. Energy Minister Vishwas Donmez said in a statement that Turkey had set a production target of 100 tonnes of gold. Now an effort will be made to meet this goal in the near future.