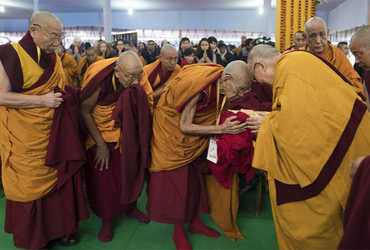 The US Congress has passed a bill giving Tibetans the right to decide the successor of the Dalai Lama. The Dalai Lama is the supreme leader of Tibetans and has a centuries-old tradition of choosing this leader. China now wants the Dalai Lama’s successor to be elected by the Chinese leaders. If this happens, the six-decade long struggle for Tibetan independence will collapse.

The Dalai Lama now lives in India and is headquartered in Dharamshala. They have influence over the entire population of Tibet. China occupied Tibet in 1959. Now China wants to end its rule in Tibet, gradually eroding its cultural identity. Lobsang Song, the leader of the exiled Tibet government, who is fighting for Tibet’s independence outside Tibet, said the US move gave global recognition to Tibet’s independence.

The Panchen Lama is the second most important bishop after the Dalai Lama. He was arrested by China in 1994 during the appointment of the 11th Panchen Lama. They are still missing. China has said it will suspend visas for all US officials-leaders and citizens who have supported the bill and helped pass it. That is, if those citizens want to come to China, then China will not allow them.

China has called the US interference in its internal affairs. The fact is that since China occupied Tibet, its struggle for independence requires global cooperation. India is already on the Tibet side, so it has given shelter to more than 80,000 Tibetan refugees.