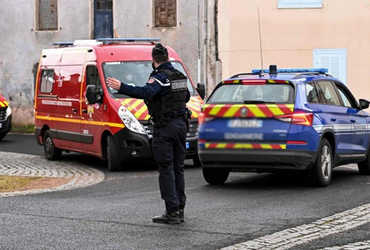 Authorities said today that three policemen were killed and a fourth injured when gunmen opened fire on a police team investigating a domestic dispute. . The incident occurred in a village south of the city of Claremont-Fernand, where the man attacked the police and escaped. “Our security personnel put their lives at risk for our safety,” the official said. However, details of the casualties were not given. Two police officers arrived at the scene at midnight on hearing of a domestic fight, but one was shot and the other died in hospital.