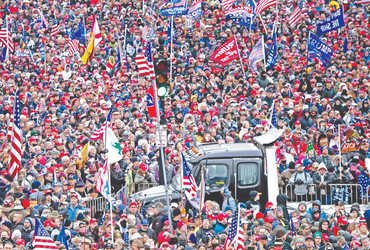 In the United States today, the electoral parliament will meet to elect Biden as president. At that time, thousands of Trump supporters rallied in Washington. Like Trump, these supporters believe the election was in turmoil and his beloved President Trump lost despite being the winner. Supporters called the rally Save the America rally and waved banners to that effect.

A joint meeting of the American House of Representatives was called at 11 am on the 7th day to consider Biden’s name. It was at this point that Trump decided to address the gathering outside. Security was already in place to prevent Trump-Biden supporters from engaging in fights. The US Department of Defense also decided to deploy military personnel at some locations.

As of the November 3 election results, Biden is the winner. But Trump is not willing to believe so. All eyes are now on what new game Trump will play before the 20th swearing-in ceremony.

Trump has no right to challenge election results – Mike Pence