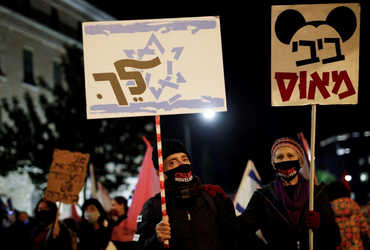 There have been elections within Israel four times within two years. In a way, this will be the second referendum against Netanyahu, in which he will also face challenges within his own party. The protesters say that Netanyahu and his government have also failed in the fight against the Koro crisis.

The country’s economy has also been affected by the Corona virus in the past year. However, Netanyahu and his colleagues are using the Corona vaccination program to respond to the protesters. Israel is ahead of all other countries in the world in terms of corona vaccination.