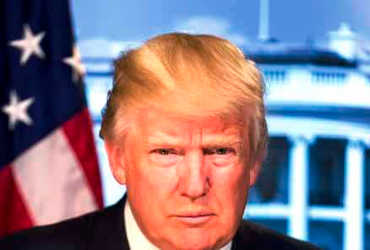 Trouble for Trump’s companies began last week following a violent attack on Capitol Hill by President Trump supporters. How often does Trump withdraw from the presidency on January 20. It is believed that a lot of problems will then overcome them.

It started on Monday 11 January. Signature Bank began closing accounts for the Trump Organization. Once Trump left the White House, it is difficult to say whether his company would be willing to give bank loans to the Trump Organization. In the last ten years, Deutsche Bank has given a loan of Rs 300 crore to Trump’s company. Trump supporters of Deutsche Bank, both private bankers, resigned last month.

On the other hand, Trump’s real estate was also being damaged. The property includes a hotel built in a post office in the eastern part of Washington DC. The post office is a government property. Trump cannot run his hotel on it.

Some companies began breaking ties with Trump following violent incidents on Capitol Hill. One such company is the Professional Golf Association. The organization announced that it would no longer hold any championships on Trump’s golf course in New Jersey.

The world-famous Forbes magazine also published a report that Trump’s companies suffered heavy economic losses during the Corona epidemic. The total assets of Trump’s companies fell to 100 million. However, his company still has a total revenue of ₹ 2.5 billion (Rs 18,3-8). According to a Forbes report, the Trump family owns 500 different businesses. In addition to Mumbai, Trump has built the Panchsheel Tower in Pune, Maharashtra’s cultural capital, and the 23-story tower is the country’s first eco-friendly tower. In addition, Trump did real estate business in Kolkata and Gurgaon.

However, trade experts believe that once Trump leaves the White House, his troubles will increase. Not surprised if it gets caught in some legal maneuvers.