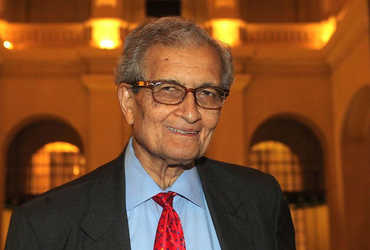 (PTI) Kolkata, Ta. 28
Nobel laureate world-renowned economist Amartya Sen expressed concern over the current state of the country. Amartya Sen said that there was no atmosphere of protests and open discussion in the country.
Amartya Sen said that protesters in the country are put in jail on charges of treason. Did the atmosphere of disagreement end once. There is no scope for open discussion in the country.
The noted economist of 3 years said that the government’s mindset of imprisoning civilians without trial is disastrous. Supporting the peasant movement, the five-year-old Harvard University professor said that the days have come when a person does not like the government, the government will declare him a terrorist.
The government treats visionary and reformist young activists as enemies rather than treating them with dignity. Non-violent agitators are not being treated as they should be.
West Bengal BJP President Dilip Ghosh reacted to Amartya Sen’s charge. Dilip Ghosh said that Amartya Sen’s argument was unfounded. His allegations are baseless. The BJP leader said that the situation in West Bengal was worse under Mamata Banerjee’s rule.