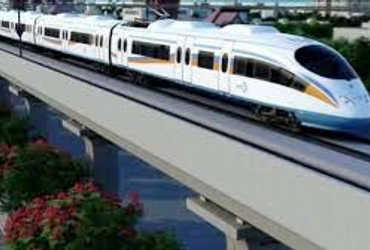 Set the standard for each step starting from design

Rapid rail to be started between Delhi and Meerut

The National Capital Territory Transport Corporation (NCRTC) has entered into an agreement with a French company to cover an area of ​​82 km between the capital New Delhi and Meerut, allegedly through a rapid rail project.

The company, called the certifier, will help make the plan a reality by setting specific standards at every level, from rapid rail design to train running. Only then will the rapid rail run. The project was expected to cost Rs 88 crore.

The 82-km project will use world-class technology. NCRTC does not want to take any risk in the context of the country’s first rapid rail project. The NCRTC also allocated a special budget to examine the security details behind the plan. The plan was to show a safety certificate to tourists wishing to travel on rapid rail.

However, such a large project requires a solid plan of security. This is known as independent security assessment. The French-certified company has successfully conducted security checks at several of the world’s rapid rail projects. Such countries include Italy, Belgium, Australia and Brazil. The safety study of rapid rail projects in these countries was carried out by experts from the certification company.

However, NCRTC had floated tenders to examine the safety of the project in which three of the world’s top companies submitted tenders. By the last stage, the certified company was at the forefront of all matters, so it was decided to delegate this responsibility.

It is the first rapid rail project in the country. When it is implemented, the travel time of the 82 km route between Delhi and Meerut will be significantly reduced. Currently the journey takes five to six hours.