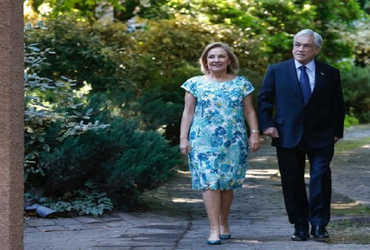 The Chilean president took a selfie with the woman on the beach. Strict regulations have been implemented in Chile regarding the corona virus. People are fined for breaking the rules, as well as imprisonment, especially in public places.

President Sebastian Pinera has also apologized after a Chilean president’s selfie went viral on social media. The president said that he was wandering alone on the beach near his house. Meanwhile, a woman demanded to take a selfie with him.

The president and the woman are seen very closely in the selfie. Both have not worn masks. Last year, Chile organized a protest against inequality. Meanwhile, the president’s photo went viral, showing him having a pizza party the next night. There was a lot of controversy about this too.

So far, more than 581,000 cases of corona virus have been reported in Chile. More than 16,000 people have died in the country from Corona.

Taking a selfie on the beach with a stranger with a mask gives the Chilean president Rs. A fine of Rs 2,57,624 has been imposed. Reportedly, health officials say President Sebastian Pinera was fined on Friday.