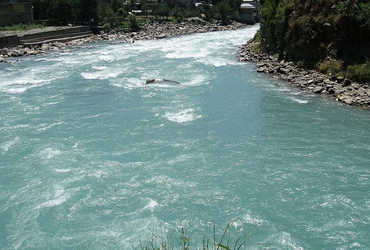 At that time many rivers flowing around the world became seasonal. According to a survey, only 15% of the world’s rivers flow naturally, while the rest are either extinct or blocked. Even 17 percent of the rivers have been revived as they flow through areas that have already been declared safe. Stopping the flow of rivers has adversely affected the lives of various species living in the rivers. In particular, the number of fish and turtles living in the river has decreased. According to one study, the number of these organisms has decreased by an average of 3% compared to 150.

In the last 20 years, the problem of pollution on small and big dams, water projects and rivers has increased. This has happened to rivers as the technique of artificially diverting river flow has also become prevalent. Jeff Opperman, president of the World Water Organization and a scientist, points out that only 15 percent of the freely flowing rivers are in protected areas. River safety is under threat in most countries. International experts and environmentalists believe the opposite would happen if efforts were not made to save the rivers. According to research from the University of Northern Arizona, policy makers need to set goals for river conservation around the world. There is a need to protect the delta area of ​​the river for the survival of living beings including fishes in the free flowing river. The role of river water is important for the drinking water and agricultural production of 300 million people on the earth.