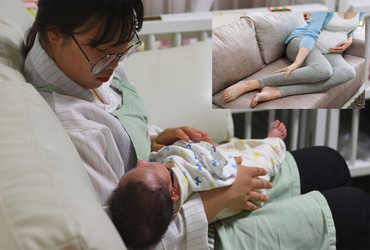 South Korea is already one of the countries with the lowest fertility rates. Also in Corona, 981 civilians died in South Korea last year.

As the population of South Korea increases, the number of newborns in the opposite direction is decreasing. So there is a possibility of shortage of young workers in future.

Many countries of the world are facing shortage of youth. Last year, the death rate was also 3.1 percent higher than in 2019. Another problem is the cost behind the health of older citizens. The burden on the government exchequer is constantly increasing due to those expenses.

The government also spends a lot on pension for retired citizens. To avoid this situation, the government has announced cash assistance. From 2022, the parents of each newborn will be given assistance of 20 lakh wins (Rs. 1.34 lakhs). Not only this, even after the child is one year old, the amount of 3 lakh given to his parents will be given.

Like the rest of the world, young women in South Korea are pushing for marriage. As most young men and women prefer to remain single till the age of 40 years. Even when married, she does not have children immediately. Also, there is inflation in the country, so the newlyweds prefer to have a small family.