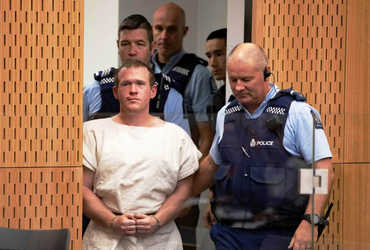 – roamed around the world including India

The killer, Brenton Tarant, who shot and killed 51 Muslims while praying in the Christchurch area of ​​New Zealand on March 15, 2019, had previously traveled around the world, including India.

The New Zealand Intelligence Service said in a statement that it had visited Mumbai, Jaipur and Goa in India and stayed in Goa for a while. As soon as these details became public, the Indian Intelligence Department also began its investigation.

Brenton visited India in 2015–16. An Indian intelligence official told the media that during our investigation nothing suspicious was found in Brenton. He stayed in Goa like other normal tourists. None of his activities were suspicious. Despite his indiscriminate shooting at a New Zealand mosque, there was no evidence that he was allowed to visit India.

In Goa, Brenton stayed in cheap hotels and chatted with his fellow tourists or hotel staff. This meant that he came to India.

Apart from India, Brent also visited China, Japan, Russia and South Korea. He also made some anti-Muslim posts on social media before attacking the mosque in 2019. The video of the attack on the mosque was circulating on Facebook, which was removed shortly after.

A New Zealand court sentenced Brenton to prison. The judge found him guilty of mass murder. The court said that Tara’s mind was filled with the poison of hate. No sensible person can tolerate mass murder by you