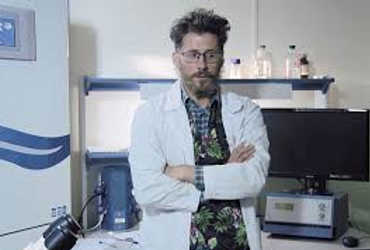 – Fall from the 14th floor of the building wearing only underwear

– Arrested on suspicion of 45-year-old man

A top Russian scientist working on the Corona vaccine has mysteriously died. According to police, scientist Alexander Sasha fell to the ground from the 14th floor of his flat.

Sasha was wearing only underwear at the time. Police arrested a 45-year-old man on suspicion. It is also said of Sasha that she had a knife wound on her body.

The dying scientist also worked for twelve or thirteen years in Scotland and was also associated with the University of Edinburgh in Britain. Alexander Sasha was researching the Corona vaccine as a biologist.

According to a report in the Russian daily Moskowski Komsomolates, Sasha died under mysterious circumstances. It is unknown at this time what he will do after leaving the post. He also worked at the Center for Genomic and Regenerative Medicine at the Russian University.