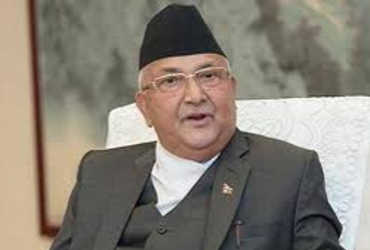 Confused by Nepal’s new Prime Minister KP Sharma Oli’s new maneuvers, China felt that Nepal was slipping away from its hands, so it started wooing pro-India leaders in Nepal.

The maneuvers were changed by Guo Yezuo, the Chinese Deputy Minister of the Communist Party of China and the so-called Chanakya leader of China, and the Chinese ambassador to Nepal. Guo Yizizo arrived in Kathmandu and met with Chinese Ambassador Hao Yankee from Nepal’s Chief Opposition Leader and Nepali Congress President Sher Bahadur Deuba. The three leaders discussed the political situation after Prime Minister Oli dissolved parliament.

Quoting Nepal’s Foreign Minister Narayan Khadka, the Nepali newspaper Kathmandu Post reported that a four-member delegation headed by the Chinese Communist Party’s Deputy Minister for International Affairs held talks with former Nepalese Prime Minister Cuba. Nepal and China relations were also discussed in detail in the meeting. According to the Nepali daily, Guo invited the Nepalese leader to visit China on behalf of President Xi Jinping on the occasion of the 100th anniversary of the founding of the Communist Party of China next year.

This information was given by his foreign affairs adviser Dinesh Bhattarai when Deuba was the Prime Minister of Nepal. He said Deuba extended hearty congratulations and best wishes to the people of China, President Xi Jinping and the Communist Party leaders. The Chinese Communist Party plans to hold a grand event in Beijing next year. Bhattarai said that bilateral issues of the two countries were also discussed on the occasion.

Guo commended the late Prime Minister BP Koirala for keeping Deuba happy and praised his contribution. He claimed that Sino-Nepal relations were cordial and amicable in 1960 when China Koirala was Prime Minister.

Currently, the political climate in Nepal is very hot. Oli also had a keen eye on Deuba and Guo’s journey. China is now keen to recreate the situation in Nepal as it did in 2017. Political critics of Nepal believe that after Oli dissolved parliament, China wants to create a more favorable environment for its policy towards Nepal. China was keen to maintain its relations with Nepal.