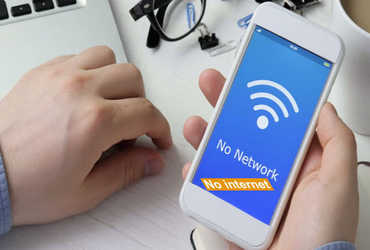 In India, when the government cannot control the situation, it prefers to take measures that annoy the citizens. This is why the government often turns off the Internet in the name of law and order. If the internet is shut down, then in the present case the lifeline will be closed as most people’s businesses become dependent on the internet.

These details are revealed in the report ‘The Global Cost of Internet Shutdown’ released today. Accordingly, during the twelve months of 2020 in India, a total of 8927 hours of Internet was switched off at different locations at different times. More than one lakh citizens were adversely affected.

India also holds the record for the longest internet lockdown in the world. From August 2019 to March 2020, the net remained closed for 213 consecutive days in Kashmir. In Kashmir, however, the net was closed due to a critical situation. The calculations were done by three organizations, the World Bank, the International Telecommunications Union and the Software Independence Law Center.

There are 21 countries in the world where a net ban was resorted to in 2020. India is first in this. Countries like China and North Korea are not included in the report. This is because those countries do not disclose their net connection information. In a year, these 21 countries together closed the net for a total of 27,165 hours. The largest blockade of India’s Internet blockade is the Kashmir blockade.

How many times closed in Gujarat

Who suffers most from internet blockages?

Where is the most pure ban?