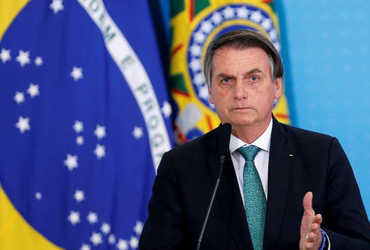 The whole world has been affected by the Corona epidemic. Many countries have lost millions of their lives. The economy of every country has been affected. Brazilian President Jair Bolsenro made an emotional statement on the issue on Wednesday. “Our country crumbled due to the Corona epidemic and they couldn’t do anything,” Bolsonaro said. He said that subsidies have also been forced to be discontinued to help millions of citizens in Brazil. Due to this dangerous virus, nearly two lakh people have died in the country, which is very sad.

“I was thinking about reducing the tax, but despite the crisis, it could not be implemented,” he said. We were talking about reforms for tax-free income, but this cannot be implemented. Bolsenro said the reason for the country’s economic collapse is enforced lockout. Lockdown is also necessary to avoid tax evasion.

He said that more than two lakh people have died in the country, but vaccination is still a week away. Which is really worrying. Corona was initially ignored by Jair Bolsenro, which also led to criticism of Bolsomero.