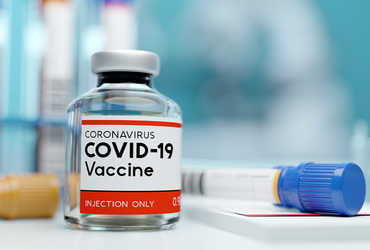 Since pork is used to make the corona vaccine, Muslim clerics are confused as to whether the vaccine is appropriate under Islamic law. Many companies around the world are working on the Corona vaccine and many countries have made advance booking of vaccine doses. On the other hand, questions are being raised by some Muslim religious groups regarding products made from banned pork. As a result, immunization campaigns are likely to be hampered.

Gelatin made from pork is widely used during vaccination and transportation to maintain its safety and effectiveness. Some companies have been working to develop a vaccine without pork for years. Spokespeople for Pfizer, Modern and AstraZeneca said pork products were not used in their Corona vaccine, but many companies did not specify whether pork products were used in their vaccines. An Assistant Professor at the University of Sydney, Drs. Harnur Rashid says that after extensive discussion about the use of pork gelatin in the vaccine, it has been decided that it is acceptable under Islamic law, because if the vaccine is not used, there will be “huge harm” .