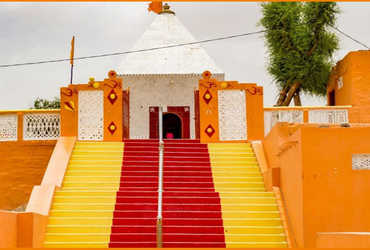 The government of Imran Khan has finally approved the construction of a Hindu temple in Islamabad, Pakistan. This important decision has been taken by the Imran Khan government keeping aside the fierce opposition of the fundamentalists. As a result, oil will be pumped into the stomachs of radicals again and protests may occur.

A grand temple is to be built in Islamabad, though work began six months ago, but radical fundamentalists rallied and forced the Imran Khan government to suspend the work. After which the government stopped work but now the matter seems to be quiet and permission has been given for its construction again.

At the same time, however, the government has made some clarifications and conditions regarding the construction of the temple. According to a government public statement, wire fencing will have to be erected at some places in the campus instead of walls, and the height of the temple and other walls will also have to be kept to a limit.