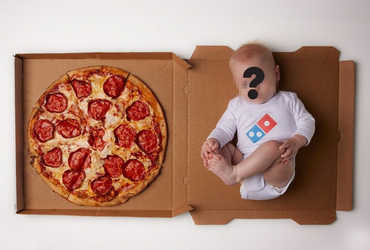 Being a parent is the greatest joy of life for any couple. If there is an important function after becoming a parent, then the child has to be named. The task of naming a child is very thoughtful. The name given to a child becomes his identity throughout his life. This is why a child’s name is taken with great understanding. There are some couples who have decided on a name before the birth of the child. So some parents name their favorite celebrity after the birth of the child.

A couple in Australia have named their child after him, which will allow him to eat free pizza for the next 60 years by 2080. The world famous pizza company Domino’s held a competition in Australia on the occasion of its 60th anniversary. Dominez announced the competition with her Instagram account. The company determines children born in Australia on December 9, 2020, whose parents name the child Dominic or Dominique, will be able to eat Domino’s pizza for free for the next 60 years.

The company has announced that Sydney-based Clementine Oldfield and Anthony Lotte have won the competition. They were the only Australian couple born on 9 December to name their child Dominic. Domino’s will offer them 14 pi of free pizza per month as a condition.