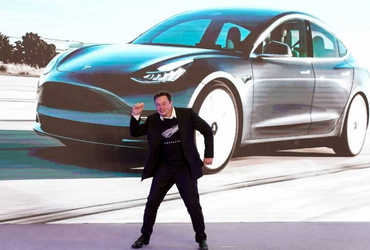 New delhi date 28
Electric car manufacturer Tesla will start selling electric cars in India from 2021. Union Transport Minister Nitin Gadkari said that the company would also set up a production unit after finding markets in the country.
Union Minister Nitin Gadkari has announced that Elon Musk’s company Tesla will start selling cars in India. Nitin Gadkari said that Tesla will bring electric cars to the Indian market by 2021.
Elon Musk also talks about the Indian market on Twitter. Elon Musk had previously stated that 90 percent of the material was to be available locally in India, but plans to visit India were delayed due to untimely availability.
The world’s largest electric car manufacturer will also set up a starting unit in India. When Tesla starts selling cars from 2021, it is likely to launch 3 models. Pre-booking will take place at the beginning of the year and will be passed on to customers by the end of the year.
Reports have claimed that the Tesla electric car will run for about 500 kilometers on a single full charge. The company also claims that not a single electric car has so much capacity yet.