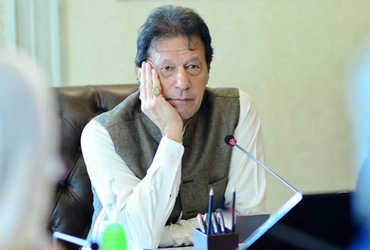 By placing terrorists in India to spread terror, Pakistan has placed the responsibility on India to improve bilateral relations between India and Pakistan. On the other hand, on the second day of the completion of two years of India’s airstrikes in Balakot, Pakistan released a video of Abhinandan Vardhaman, the Wing Commander of the Indian Air Force, praising the Pakistan Army while continuing to campaign against India. Congratulations Pakistan celebrates the plane crash as ‘Operation Swift Report’.

Pakistan’s Prime Minister Imran Khan, who has made headlines for making ridiculous statements several times, on Saturday welcomed the ceasefire agreement between India and Pakistan, but also said that it was New Delhi’s responsibility to create a conducive environment for progress in bilateral relations. Pakistan Prime Minister Imran Khan made several tweets one after the other on the eve of the two-year anniversary of the failure of Pakistan’s air infiltration following the Indian Air Force airstrikes at the Jaish-e-Mohammed terrorist sites in Balakot. He also sang Kashmir raga. This was Imran Khan’s first reaction after the ceasefire agreement on the Line of Control between India and Pakistan.

He said he welcomed the ceasefire between India and Pakistan along the Line of Control. It is India’s responsibility to create a conducive environment for improving relations between the two countries. According to the UNSC proposal, India should take appropriate steps to meet the long-standing demand of Kashmiris to decide which country to join. We are always ready for peace and moving forward. However, India has made it clear to Pakistan that ‘negotiation and terror’ cannot go out of hand. India has also asked Pakistan to take concrete action against terrorist groups attacking India for peace.

In a video shared with Pakistan on social media on Saturday, Abhinandan Vardhman appealed for peace between the two countries, saying he saw no difference between India and Pakistan from above when he crashed down from a plane with a parachute. Jumped. Both countries are very beautiful. Even when I fell to the ground, I was not aware that I was in India or Pakistan. After I was in Pakistan, I came to know that I tried to run away from the local people. That is why the Pakistani army came and rescued me. They took me to the hospital and treated me. Since then I am here under the aegis of Pakistan Army. Congratulations, I do not know what is happening with Kashmir, you do not know. We should think about this peacefully. I just want peace. However, the congratulatory video featured several cuts, including congratulations from the Pakistani Army along with their congratulations.