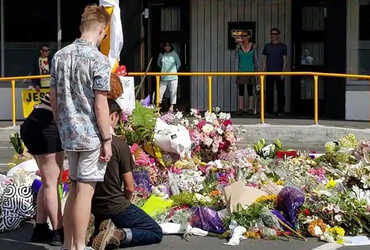 Addis Ababa, Ta. 24
A massive massacre took place in the East African country of Ethiopia. The attackers killed and injured more than 100 people as the villagers of Bekoji of Bull County were getting a good night’s sleep. The death of 100 people caused panic throughout Ethiopia. The police have launched a campaign to catch the attackers.
Indiscriminate firing was conducted on people sleeping in the early hours of the morning in Bekoji village of Bulle County, Ethiopia. According to the Ethiopian government’s Human Rights Commission, a preliminary investigation found 100 people dead, but the death toll could double.
Tensions were high in Ethiopia after Prime Minister Abi Ahmed sent troops to the Tigris region. Since then, internal conflicts in the country have intensified. The bombing occurred shortly after noon in Bekoji village in Bulle County, killing at least 100 people. The whole village was covered in blood. Those who were fast asleep were fast asleep. The morning never falls for those who sleep in the morning.
Government officials said that the search for the attackers had started after the incident. According to one opinion, Amhara, Oroma and Shinasa people lived in this area. They are likely to be targeted by extremists from the Gumuz community.
Many experts have linked the incident to the rebels of the Tigrai region. The massacre took place just two days after Abi Ahmed held a meeting with army officials.
There have been previous large and small attacks in the area. Abi Ahmed recently visited the area and announced harsh punishment for the attackers. It was followed by an attack. Ethiopia has about 50 different ethnic groups, often at odds with each other.