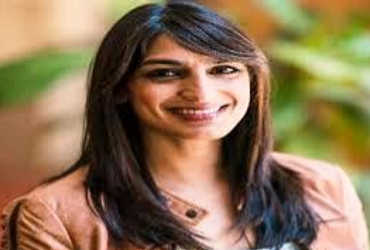 Also played an important role in the presidential election

Indian-origin Sabrina Singh was elected as the press secretary of newly elected US Vice President Kamala Harris. Sabrina was also Kamla Harris’s press secretary during the recent US presidential election.

The election was formally announced by a group aiding the transfer of power to newly elected President Joe Biden and Vice President Kamala Harris.

Sabrina is of Indian origin. His family had lived in the United States for a long time. Prior to that, Sabrina served as deputy director of communications for the Democratic National Committee. He also served as an administrator in the Trump War Room at American Bridge. Sabrina played a key role in Hillary Clinton’s 2016 presidential candidacy. Sabrina was also a keynote speaker when Mike Bloomberg ran for the presidency, and he also served as a media spokesperson during Corey Booker’s presidential campaign.

Recently, Sabrina did a fantastic job as a media coordinator in the election campaign for Biden and Kamala Harris. As a result of all these actions, he was appointed as the press secretary to now vice-president Kamala Harris. This is a big responsibility. Sabrina is continuously informing the international media about the policies of the US President and Vice President for the country and the world.