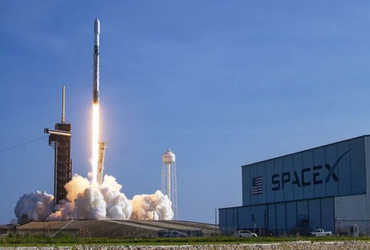 The company plans to build a huge network of 30,000 satellites like a science fiction: the total number of satellites is one thousand.

Further 60 satellites were successfully launched by the Falcon-9 rocket of the American company SpaceX. This is the total number of SpaceX satellites known as Starlink in 955.

So far 1015 satellites have been launched and 960 of them are active. The company, known as Tesla Motors, is owned by American businessman-scientist-engineer Elon Musk.

Due to in-flight internet, necessary connections for ships, and increasing demand for internet in India and China, the market for internet from sky will reach 1 trillion. Elo has started preparing to handle this market.

Elon Musk wants to build a huge network of 30,000 satellites. In this regard, 60 satellites were launched. There are fears that Elon’s venture will increase space junk in the future, as well as a monopoly. However, Musk has begun work on a technology that can bring debris back to Earth.

In addition to Elon Musk, companies including Amazon, Samsung, Boeing, Oneworld are working towards setting up their own personal satellites. The weight of these satellites is barely 100 to 500 kg. Therefore it is not difficult to organize them in large numbers. The satellite has started providing internet in the USA, Canada and the UK.