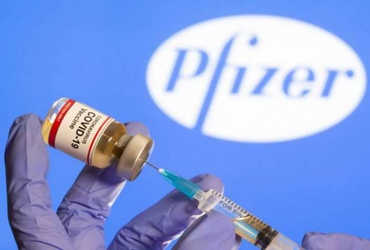 The first day of Pfizer’s corona vaccination during the Corona epidemic in the United States was fraught with many problems. By far the largest vaccination program in American history, the American system faced a number of problems, including storing vaccines in extremely cold temperatures on day one.

Pfizer, on the other hand, may also face some problems in vaccine production, US officials said. US Army General Gustav Perna stated that some doses of the Pfizer vaccine, distributed in California, had a minimum of 80C. It needed to be replaced after storage at such a low temperature.

Pfizer’s vaccine with partner Bioentech is designed to keep around minus 70C. He said that authorities have begun an investigation into whether the storage of the vaccine in extremely cold temperatures would pose a threat to safety or efficiency. Pfizer also told US Health and Human Services Secretary Alex Azhar that there were some problems with the product.

“We will provide them with full support so that the company can produce more vaccines for the American people,” Azar said. However, US officials did not say to Pfizer what the problem was with the vaccine.

US officials said they have plans to allocate 2 million doses of the Pfizer vaccine next week. Also, Modern Inc. 59 lakh doses of the vaccine are expected.

The modern vaccine is expected to receive official recognition soon. The US government is in talks with the company to receive more than one million doses of Pfizer. The US previously contracted with Pfizer to purchase an additional 50 million doses.