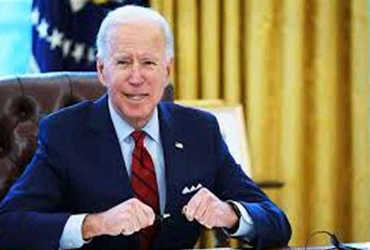 Six US lawmakers wrote a letter to President Joe Biden urging India to help fight Corona. MPs have written to Biden saying that India’s health system has collapsed due to the increasing number of corona cases. We should help India as much as possible in the fight against Corona.

“We are deeply concerned about the second deadly Corona wave in India,” said Brad Sherman, president of the Democratic Chair of Congressional India Cox. India is currently the epicenter of the Corona epidemic. In India, Corona kills more than 2,000 people a day. At the same time, more than 2.5 lakh people have died from corona in India so far.

“The ongoing chorus epidemic in India is a humanitarian crisis that we need to help,” Sherman said. By the end of the cholera epidemic in India, the risk of producing new vaccines will remain the same and may be a threat to Americans who have already received the vaccine.

He said that India needs more medical equipment, supplies and medicines. The letter appealed to the Biden administration to send goods such as oxygen cylinders, oxygen concentrators, oxygen generator plants, cryogenic oxygen tankers, oxygen containers, treatments, ventilators to India. It is in America’s interest to get everyone vaccinated in India.