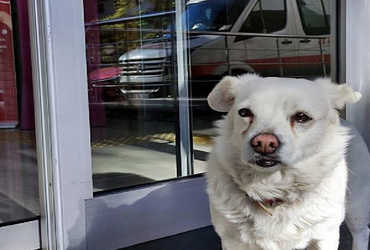 The friendship between dogs and humans is thousands of years old and even today this animal exemplifies loyalty to humans.

A similar case has gone viral on social media, in which many people have become watery. According to media reports, a 68-year-old senior citizen was hospitalized in the northeastern Turkish city of Trabzon on 14 January due to a brain problem.

Eventually the hospital staff started taking care of Banak. The senior citizen was reunited with his dog 6 days later when he was discharged. The video of being happy to see his boss in a hospital room is also going viral on social media these days.