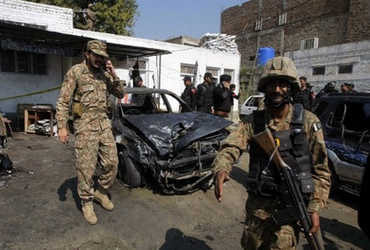 Seven Pakistani civilians have died in a terrorist attack in Pakistan’s Balochistan province, the Pakistani military said on Sunday, adding that militants opened fire on the Frontier Corps outpost in the Harnai region late at night.

The firing on both sides killed 7 people, cordoned off the area and closed all exit routes to catch the attackers and carried out a massive search operation.

The Pakistan Army said that such cowardly act with the support of the anti-national forces should not destroy peace and prosperity in Balochistan by hard work.

The attack comes five days after security forces killed 10 militants. The militants belonging to the Baloch nationalist organization are carrying out regular attacks in the state. PM Imran Khan has also expressed grief over the death of the soldiers.